Happy Birthday To Me

Defying description and convention since 1972.

See you in the stars, David. 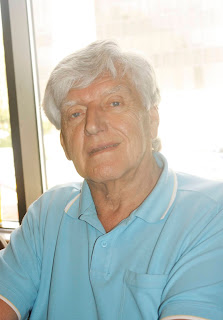 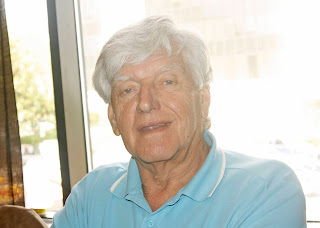 Posted by Daniel Coston at 11:43 AM No comments:

David Floyd was one of the first people that I interviewed for my book on the NC Rock & Roll scene of the 1960s. When David got involved with the GTownsound Reunion in 2011, he was the one that called me, and asked if I wanted to take photos of the concerts. David leaves behind a lifetime of music, and smiles from those that knew him. Safe travels, David. Until the next adventure.

Posted by Daniel Coston at 10:46 AM No comments:

Posted by Daniel Coston at 10:45 AM No comments:

The X-Periment: Open For Surgery

Written and photographed by Daniel Coston

When musicians are pushed to describe their music, the terms cannot be described and doesn’t sound like anything else have too often been beaten into the ground, particularly by bands that in fact can be too easily described, or sound exactly like something else. Then there is the X-Periment.

Through two years and some early lineup changes, the Charlotte quintet have created a hybrid mutation of sounds that is all their own. Listen to their self-titled debut CD, which the band released last month on their own label, Liquilab Records, and you’ll hear an alchemic gumbo of jazz, punk, soul, hip-hop and numerous other genres that ís hard to classify, or ignore.

Fans of the X-Periment are likely to give you several different answers about descriptions of their music, and the same goes for the band. “Virtual liquid”, responds drummer Dustin “Tazz” Clifford, while vocalist and saxophonist Tony “Quasimodo” McCullough enthuses, “Organic vibration. It can be any shape or form.”

Interviewing the band at their rehearsal space near Matthews is also much like one of their shows- highly improvisational, spontaneous and covering a whole range of issues. Within the span of an hour’s time of talking with them, the work of musicians ranging from John Coltrane, Frank Zappa and the Grateful Dead, to Stevie Wonder, Simon & Garfunkel and numerous others were discussed.

“We just play what we like,” answers bassist Steve “Chicago” McMillian. “I don’t think that there’s any of us here who’s into one specific style of music. We all have different backgrounds, and it doesn’t matter to me what it is, if it has soul and heart.”

The roots of the band stretch back several years, through numerous bands and genres. Steve and I used to play in heavy metal bands in high school,î says Clifford. ìWe thought that we were Megadeth, for a while.î

After Clifford and keyboardist Derek “Bamb Bamb” Hines met in the mid ë90s through various bands, the two eventually met up with McCullough, who had been performing with various jazz and experimental groups. However, it took over a year after their initial meeting before the three began jamming together.

“They always wanted to play with me, and I always wanted to get up with them,” remembers McCullough. “The reason why we didn’t gel at first was that I was to find out what these sounds were in my head.”

“Now there is some structure to it. If I can’t figure out something that’s in my head, I can hear what Dustin is doing on his palette, and then Derek, and Steve and [percussionist/DJ] Dave [“Buttaman” Haire] add their colors to their palette, and now it makes a lot more sense.î

The three then began jamming with other musicians in 1996 under the name of World Level, but found themselves forced to work as a trio one night at Fat City. ìIt was our first major show, and our guitarist and bass player didn’t show up,” recalls Clifford. “We said, ‘We need to play something.”

The band then proceeded to improvise non-stop for the next three-and-a-half hours. “It was heavy,” says McCullough. “And the crowd didn’t leave. They didn’t leave until we packed up our gear.”

After the trio re-named themselves the X-Periment later that same year, the band began improvising new songs to the maddening pace of six songs a day. “We’d come up with a format for a song that we were going to perform the next day,” says Clifford. “But in the process of trying to remember the next day what that format was, we could come up with a totally different section, and when we back to practice, We’d say, “Let’s keep that.”

After Charlotte vocalist Mongo worked with the band for a short time, the band brought McMillian into the band, and their search for an additional DJ and MC ended one night at Amos’ when Haire walked up on stage. “I was rhyming,” recalls Hines, “and I was like, ‘Are there any MCs in the house that would like to freestyle with us?’ And this kid came up in a baseball cap all low to his head, and started kicking this rhyme, and I was like, ‘Hold up! Who is this?’”

Haire, formerly of the band Puddle, had known the members of X-Periment off and on for a couple of years when he caught their show one night. “I had just gotten back from New York, so I was totally into their avant-garde jazz thing,” recalls Haire. “At the end of the show, I saw Tony up there screaming, and I was like, ‘What is this?’ This is everything in my realm of music in one package.”

Haire was also key in forming Liquilab Records. “Dave was always talking to me about business,” says Hines, “and he said that he had always wanted to start his own label, and I said, ‘That’s funny. I just started my own publishing company.’” Along with their debut record, Liquilab’s roster also includes the band Urban Abstract, featuring onetime X-Periment vocalist Mongo.

With the band branching out into different types of music and business, the members of the X-Periment still refuse to let themselves be pigeonholed into one genre of music, such as jazz. “[A record store] asked us where we’d like our music to be placed, and I was like, “Up by the counter, next to the cash register.” So when people come up and ask, “Where the hell do you find the X-Periment? Oh, right there.”

The band also questions some preconceptions about certain types of music. “I’d like to see anyone define jazz,” replies Clifford. “To me, jazz is everything. I once heard it described as,”the never-ending search for the art of improvisation.í Jazz doesn’t discriminate.” 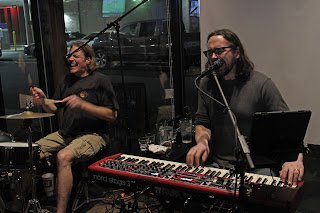 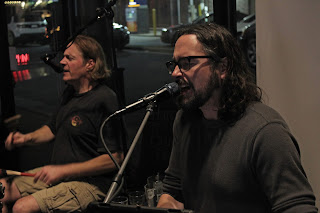 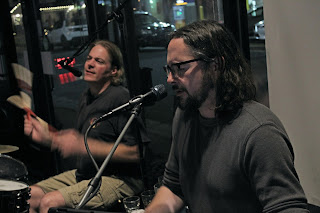 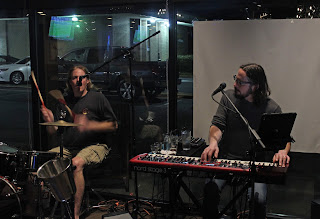 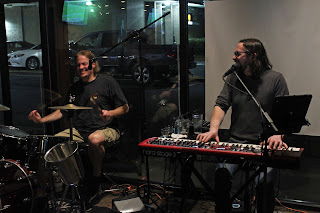 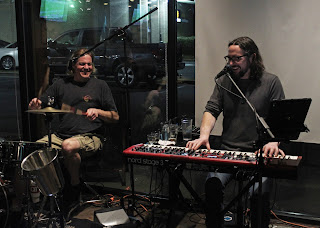 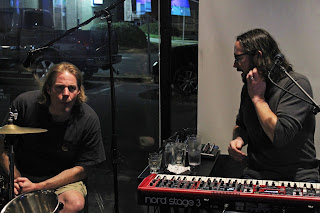 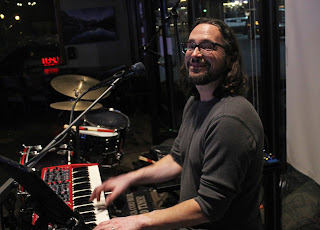 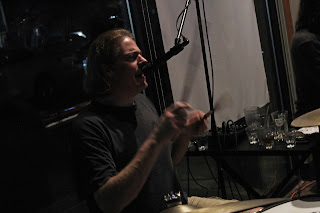 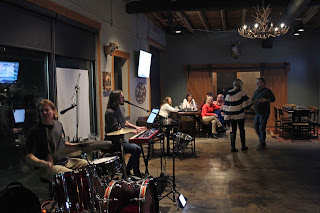 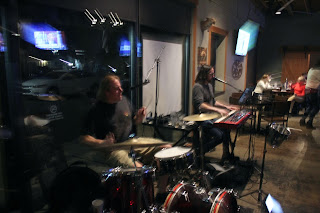 Posted by Daniel Coston at 3:13 PM No comments:

The Cyrkle is doing a special conversation with Phlash Phelps on December 6th at 8pm. This event will include some of the work I've done with the band this year. Here's more info, courtesy of Don Dannemann. Hope to see you then.