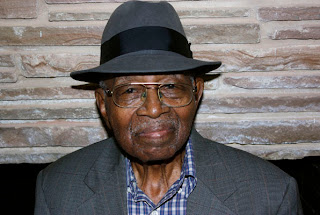 Legacy. What does that word mean? We sometimes use that word liberally, when we want to show that someone has left something behind. But the work of one's lifetime is more than a legacy. It is a statement that we were here, that others we loved were here, and these are the words and music that we pass forward. Joe Thompson has left behind more than a legacy. He was left us with more than a lifetime's worth of memories, music and stories. And oh, those songs......

By the time I first met and photographed Joe in 2005, he was already known as one of the greatest, and one of the last of the old-time black string band musicians. However, Joe was never a museum piece. He knew boatloads of songs, and sang them all as he did when he was a kid. Joe's life had not always been easy, but he welcomed the incoming generations of musicians, passing on the music that was part of his own DNA.

Among the musicians that came calling about those songs were the Carolina Chocolate Drops. The Drops learned many songs from Joe. These songs has since been taken by the Drops' fans, and music fans as their own. The Drops were always quick to acknowledge the source, and the inspiration of those songs. And many of those fans were their way back to Joe, and the circle of music discovery began again.

I was lucky enough to attend, photograph and document some of those last meetings between Joe and the Drops. They were a wonderful thing to witness, and something that I will take with me for the rest of my life. And I hope to share some of those photos with you soon.

Joe Thompson changed the lives of the many of us that met him, and changed the songs that we knew and loved. He was a quiet man, an honorable man, and one that is gone too soon at the age of 93. That, my friends, is a legacy that we can all strive for. 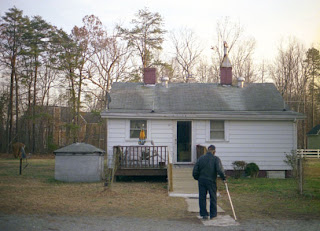