I'm happy to announce that two of my photos of Son Volt from long ago will be featured on the front and back cover of a new Son Volt CD. The record is called 1999, and features the band's original lineup on their last tour. The record will be available at the band's upcoming shows. I was, and still am, a huge Son Volt fan, and they were one of the first bands I ever photographed. It's a thrill to be working with them again, and to see my old photos find new homes, and new audiences.
-Daniel
Feb. 26, 2013
Posted by Daniel Coston at 6:47 PM No comments:

This contains a few new bits of news, as well.

cltsoundbites.blogspot.com/2013/02/nc-music-book-preview-and-photo-exhibit.html
Posted by Daniel Coston at 1:36 PM No comments:

The Creative Process (or lack thereof)

As you may know, my head has been in finishing another book in recent weeks. That book, on the NC Rock & Roll scene of the 1960s, is now in layout, and we've put together a website for it at-

Myself and Jake Berger have been working on this book, with various starts and stops, for nearly three years. Last year, when my photo book on NC musicians was picked up by McFarland Publications, I thought that I could work on both at the same time. That thought didn't last long. I can work on many photo projects at the same time, but writing at length takes one's complete attention. I ended devoting much of last summer to writing, re-writing, and editing that book. And even after that book was done, I wasn't ready to start on the NC 60s book.

Over the last year, I have been reminded of how fickle the creative process of writing is. I would love to write lots of wordage at will, and actually live up to some of the lofty deadlines I set up for myself. But it's still somewhat of a mystery to me. I was a writer when I was four years old, and still consider myself one. I think it was partly the frustration of saying something different with my writing that drew me to photography.

The point that I have to come back to is, it comes when it wants to. Some days, you're distracted by the world, and nothing gets written. The next day, 6,000 words get written. This happened a few times with the NC Musicians photo/text book. It's also the editing and honing that wears you down. With a longform book, it all has to hold up as a complete story. Yet emotionally, you're already passed it. You've written it, and sometimes you want to move on.

After a long period of "I'll get to it," the NC 60s book came at amazing speed. One day around Christmas, I sat down with a notebook, and by the following day had written all of my parts for the book. When I came home, I finally had some momentum behind me. I transcribed nine tapes of interviews in three days. Three days after that, I had the first rough draft of the entire book. The last few weeks has been constant editing, adding new interviews, and making the entire thing work as a complete 163-page book. Less than six weeks after writing my introductions, the book is now in layout.

Because of that speed, I've tunneled out the world on this project more than I usually do. Put other important projects off, not noticed when times for shoots got changed (sorry about that one, guys), and let it dominate my thoughts. But, as I said before, you don't question such things. In a world that we increasingly feel like we have less control over, the hardest thing can be to gain acceptance over our own processes, and let things happen when they will happen. But in the long run, it's more about the destination, than the length of the journey. It doesn't matter how long it takes to get there, as long as you get there.
-Daniel
February 21, 2013
Posted by Daniel Coston at 1:20 PM No comments:

Jeremy Davis, who leads the great quartet Elonzo, recently did an hour-long interview with me. We talked about photography, the music business, GBV, Mr. Cash, my upcoming books, and other subjects, Check it out at-

I'll be doing a last-minute show of photos of Charles Holloman's CHP Studios this Friday, February 22nd, from 6pm until they close the doors. The show will feature several of my photos from my upcoming photo book on North Carolina musicians. All photos will be for sale. Come by the studios, and feel free to email me for more information. Thanks,
-Daniel
February 17, 2013
Posted by Daniel Coston at 8:09 PM No comments:

Yes, you are correct. Yes, that's Tom Finn with his hand on his chin, Steve Martin (Caro), and George Cameron with the blonde in the separate pic. Please also check out my pics of the Zombies/Left Banke shows on this blog. Enjoy.
-Daniel
February 17, 2013
Posted by Daniel Coston at 8:06 PM No comments:

Photos at the Grammys

Tonight, I saw my photos of Doug Dillard and Donald "Duck" Dunn used in the Grammy Awards broadcast. It's surreal to see my photos in that context, but humbling to know that the photos were being used to honor them. God bless you Doug, and Duck, and I hope I did some justice to you.

I also got a small credit at the end of the broadcast. Blink, and you missed it, as did I. Thank God for freeze-frames.
-Daniel
February 10, 2013
Posted by Daniel Coston at 8:43 PM No comments:

The Grammy Awards on Sunday is using one of my photos of Doug Dillard in the In Memoriam section. I may have more photos in that section, but we'll see.

Wish you were here, Doug, as well as all the others that we've lost in the last year.

I may be on the road Sunday night, but I'll see if I can set up to record it. See you all on the road soon.
-Daniel
February 9th, 2013 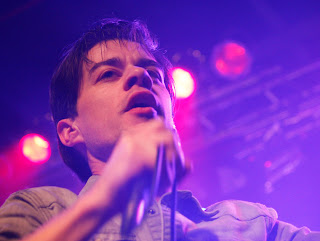 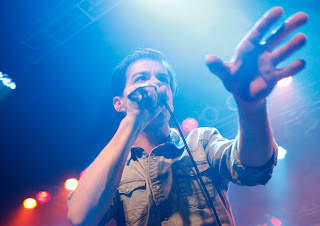 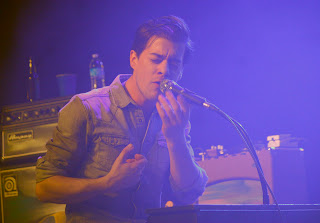 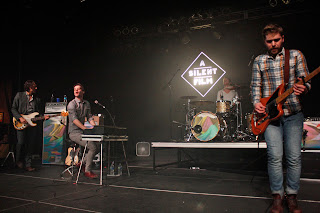 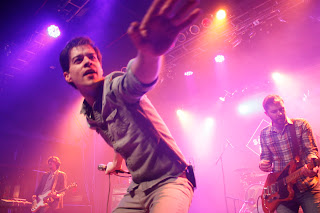 Posted by Daniel Coston at 9:25 PM No comments:

Email ThisBlogThis!Share to TwitterShare to FacebookShare to Pinterest
Labels: A Silent Film photos

Almost there with the NC 1960s book

I've spent the last week doing several more interviews for the NC 1960s book, fixing up typos in old interviews, and getting the book ready for layout. Almost there, more soon. I promise,
-Daniel
Feb. 5, 2013
Posted by Daniel Coston at 9:08 PM No comments: