In August of 2002, I was sent out by a photo agency to Memphis, TN for the 25th anniversary of Elvis Presley’s death. It had not rained in the Southeast for weeks, and two hours after I got into Memphis, the skies opened up. Eventually, I found a local publication, and discovered that many of Elvis’ original sidemen were playing at the Peabody Hotel that night. I rushed over to the hotel, just as the show was finishing up. I blended in with the crowd, and stood with them as all of the musicians came out to the lobby for autographs. The Jordinaires, Boots Randolph, Millie Kirkham, and, most thrilling of all, Scotty Moore & DJ Fontana. I chatted with all of them, and got some nice photos of all of them. All I had in my camera bag was half of a press release from a recent shoot. All of the musicians that night signed that paper for me. I then followed Scotty & DJ down to Beale Street, where I snuck photos of the two having a meal with Sam Phillips. Not a bad first night in Memphis, it was. 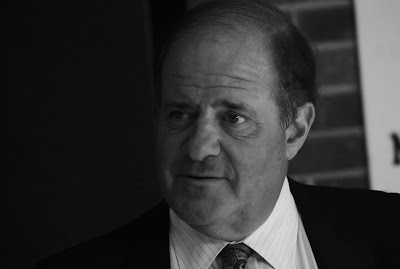 It’s Snakes: It’s Alive!by Daniel Coston
from the forthcoming issue of Tangents MagazineHear music. Learn to play an instrument. Start playing music. This has been the jumping off point for many a musician. The sense of discovery, the joy of having every song and show be someting new. For Hope Nicholls, that idea has never left her. For the past 35 years, Nicholls and her partner Aaron Pitkin have been leading figures in the Charlotte music scene. Fetchin’ Bones, Sugarsmack and Snugglepuss have all featured their sense of youthful enegy and punkish minimialism. For Snugglepuss, it was Pitkin that learned to play drums for the band. For their new band, It’s Snakes, Pitkin has switched back to guitar, and Nicholls has taken up the drums. It’s Snakes harkens back to a time when surf guitar rock, garage rock and proto-punk all came from the same garage. Joined by bassist Darren Gray and guitarist Greg Walsh, Nicholls sings and screams while banging out a primal beat on a stand-up dumkit. It’s loud, it’s loose, it’s all fun. Nicholls checked in with us via email to talk about the band, learning to play drums, and balancing work, family and music. 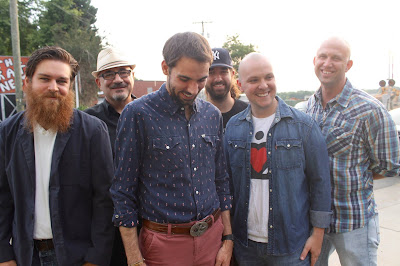 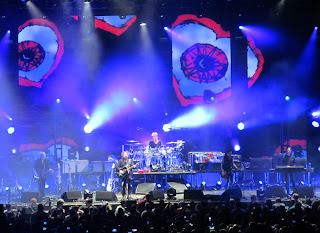 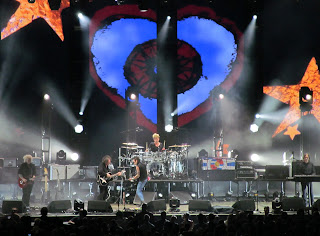 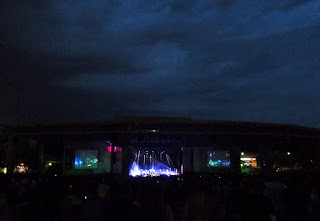 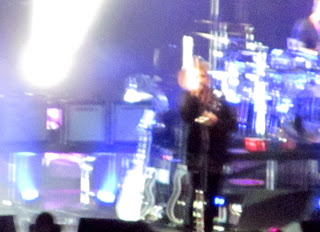 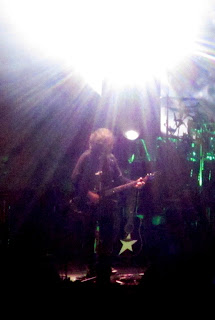 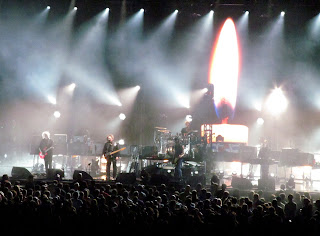 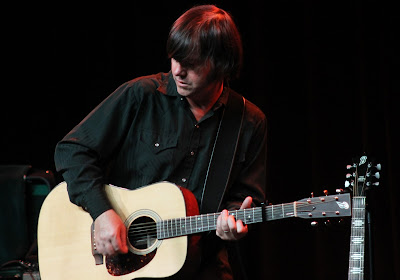 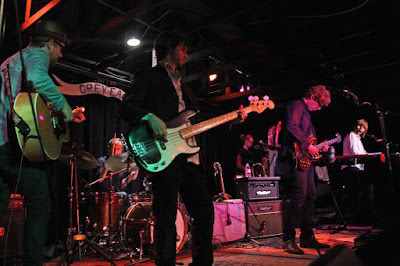 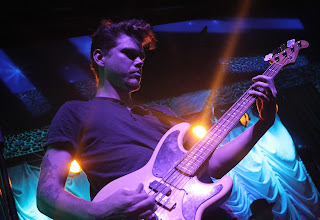 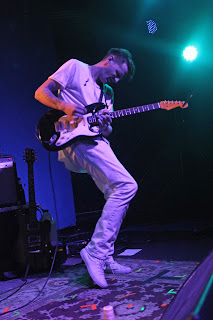 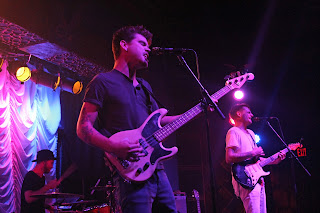 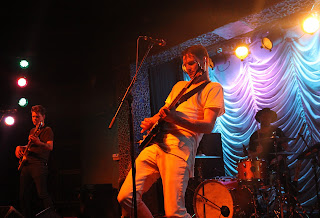 What do you want to be when you grow up? That’s a fair question, no matter how old you are. Regardless of your age, you can always aspire to be, or work towards something more. You can also grow up, without growing old. In photography, I was lucky to have met some of those older photographers that pushed me to do and create more. Others, I followed, without ever having the chance to meet them. As I began to take over the event photography for the Charlotte Observer in recent years, one name was always at the top of my list. Bill Cunningham.

Bill was the fashion and event photographer for the New York Times for the last forty years. He canvased New York City on his bicycle, sometimes shooting up to ten events a day. If you saw the 2010 documentary on him, you know that he was a lifer. He was one of the last of a generation that saw photography as his calling, and lived and slept it every waking moment of his life. He was an individualist, he was forthright with his opinions. The work mattered to him, more than any of the niceties and trappings that can come with the work that he was doing. And he loved what he was doing.

In an era where many in his field could not come to grips to with social media, Bill embraced it. For the last several years, Bill narrated a weekly video for the Times’ website where he talked about what he had been photographing that week. He enthusiasm, even in his mid-80s, was infectious. Pardon my English here, but one of my most common pieces of advice to others about creating anything is to give a s—t. Care about your work, and be proud of it. Push yourself to do better, while allowing yourself to have fun in the journey to do so. Bill Cunningham truly gave a s—t. To hear his Massachusetts by way of New York accent talking excitedly about new ideas that he’d just seen was inspiring, and often made me re-think my own approaches to event photography, and life in general. And he always will.

Bill left this physical place today for the great gig in the sky, going out while still on the job. Just like Richard Avedon, Ernest Withers, and the others whose work inspired me to think about the possibilities of the images and ideas that could be glimpsed through the camera. With his passing, an end to an era of event photography also leaves us. Events will continue to covered by the Times, for sure, but through the ever-eager eyes of Bill Cunningham, a certain world was captured forever. In his wake, all we can do is learn, adapt and grow, in the hope that someday, someone will look at our work in the very same way.

How many times did I photograph Ralph Stanley? Too many times to count. Down From The Mountain tour, shows in everything from arenas, to rural auction houses. I even photographed him on a baseball field, at his festival in (very) rural Virginia in 2006. Along the way, I met great people, including his longtime guitarist James Alan Shelton. Now Ralph has joined James, and Ralph's brother Carter Stanley, in that circle in the sky. Safe travels, Ralph. You were a trailblazer, a game changer, and part of a generation that will never be duplicated, but left its mark to all to see. Play some claw hammer up there, Ralph, and tell James that I said hello. See you on the road.
-Daniel
June 23, 2016 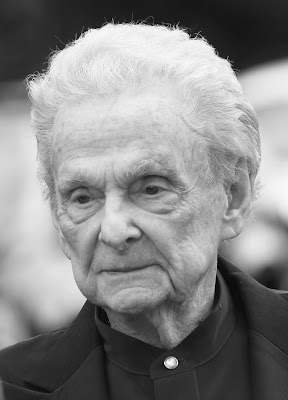 A New Fort Canoga Press Book With My Photos

I wanted to let you know that there is a new book on the Fort Canoga Press newsstands, and it features a lot of my photos. I recently photographed Rock Hill High School's 50th anniversary reunion, and the organizers of the reunion came to me with an idea to put together a special book commemorating the event.

The result is this-

The book is full of my photos from that weekend, as well as various memories and ephemera from 1966, and Rock Hill High School. The book is edited and put together by Becky Helms, and my thanks to her for taking this project on.

Are you interested in creating a similar book? Contact us and let us know. More news soon, and see you on Amazon,
-Daniel
June 21, 2016
Posted by Daniel Coston at 10:08 PM No comments:

When I traveled to Iceland in 2005 with my fellow Charlotteans in Mar, we went for the music. We had heard Sigur Ros, Mum. We thought that the country played this music 24/7. What we got on Icelandic TV was American culture, 24/7. The music of Iceland was not on their televisions, which was a disappointment to those of us that came for it.
So imagine my surprise to discover that on Iceland's Ruv2 TV today, Sigur Ros is soundtrack a 24-hour trip around the country. Much of which I saw in 2005, and a few places that I didn't. One of my favorite sayings as of late is, "It happened." Well, to my friends in Mar, and to Patrick Atkinson, wherever you are, I say, "How about that. It happened." Here's to journeys that never end. See you on the Ring Road.
-Daniel
June 21, 2016
https://www.youtube.com/watch?v=pU3TYFSNybg

Posted by Daniel Coston at 9:30 AM No comments:

Email ThisBlogThis!Share to TwitterShare to FacebookShare to Pinterest
Labels: Iceland 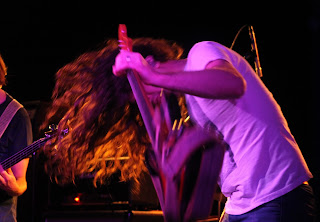 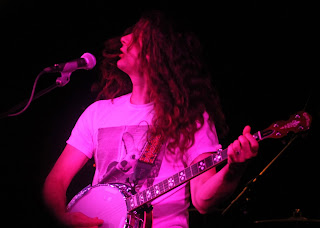 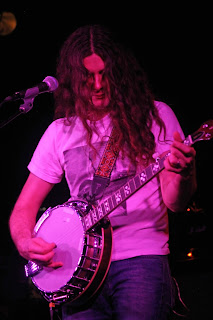 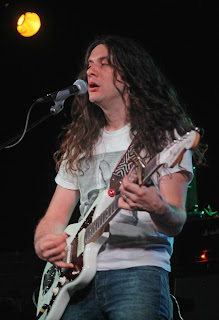 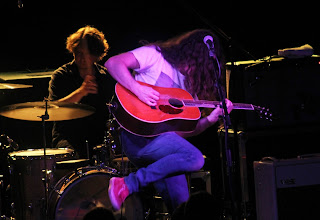 Check out more photos at The Old Cermony's FB page 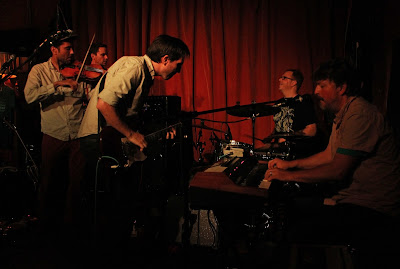 Posted by Daniel Coston at 9:21 AM No comments: 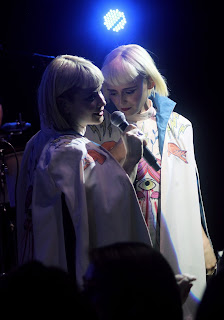 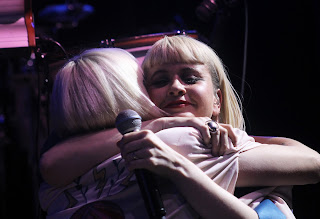 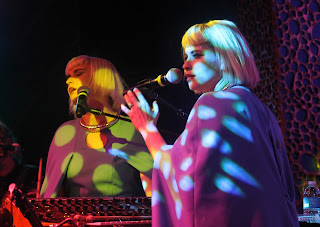 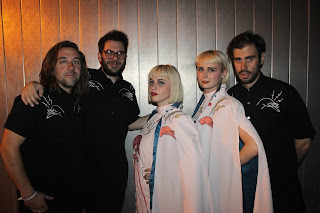 Thursday, photos to the LAWA graduation. Friday, photos of Cam Newton and friends at his kickball tournament, Charlotte Folk Society gathering, and Jon Lindsay and all of my great friends in the Old Ceremony. I've missed you guys. Saturday, photos of the Inreach corn hole tournament, which set the World Record for most teams at one tourney, and Kurt Vile at Amos'.
Just a reminder that I'll be speaking at the libraries in Concord and Mt. Pleasant on Monday and Tuesday about the NC music scene of the 1960s. Congrats to Tammy Coston Scherbyn on her wedding today. Phelps, NY ain't ever gonna be the same after tonight's party. See you at the library, and see you on the road.
-Daniel
June 11, 2016
Posted by Daniel Coston at 8:56 PM No comments:

Oh, it's been a crazy, and crazy busy past few days. Let's review.
Monday and Tuesday, visits from Dean Barley, Kathleen Barley, Ian Barleyand Maura Barley, writing for the next issue of Tangents, and photos at the Gastonia Grizzlies game. Wednesday, photos at the Leadership Charlotte event, Inreach Celebration, and Mint Museum event with Jimmie & Chandra Johnson's house. Thursday, photos of one event at Rural Hill, and the 48 Hours Of Film event at the Charlotte Museum Of History. Which, by the way, now has my photo retrospective back on their walls. Back by popular demand, so demand that someone take you to see the show.
Friday, photos of a Carolina Business Review taping, Inreach event, Concarolinas opening ceremony, Time Out Youth gala for the Charlotte Observer, and posed and live shots with Time Sawyer at the Evening Muse. Saturday, photos of the last weekend at the Metrolina Expo (farewell, old friend), and a big private party that you'll have to ask me about sometime. Sunday, one last record shopping trip at the Metrolina Expo, an early birthday dinner with Sandra Barley, and more editing than I really am prepared to do right now.
Safe travels, Mr. Ali, David Swarbrick and Pete Zorn. Here's to lives led with originality, and individuality. And here's to more life to live, while we keep our friends and loved ones in our hearts, wherever where they may be. See you there, and see you on the road.
Posted by Daniel Coston at 3:20 PM No comments:

New Library Talks On The NC Music Scene During The 1960s

For those of you that have asked, "When is your next library talk?" Well, once again, I'm doing this announcement a little later than I had meant to, but I'm doing a talk on the North Carolina music scene during the 1960s at libraries throughout Cabarrus County this month, and July. This talk will cover all genres of music during the 1960s, not just Rock & Roll. I'll be at the Concord Library at 6pm on June 13th, and Mount Pleasant Library at 6pm on the 14th. Lots of photos, lots of music. Here's the links to the talks, via the respective libraries. See you there, and see you on the road.
https://go.activecalendar.com/cabarruscounty/site/library/event/the-60s-music-scene-in-nc-with-daniel-coston-con/
http://go.activecalendar.com/cabarruscounty/site/library/event/the-60s-music-scene-in-nc-with-daniel-coston-mtp/