Good grief, what a year. Lots of photos, three books released in one calendar year (and a fourth just finished, more on this soon), photo shoots throughout the East Coast, photos published in multiple CDs,  the Johnny Cash biography, Our State, and many others. For me, this year has been at times amazing, and other times overwhelming. But it has been an amazing year, nonetheless.

My thanks to all of you who were a part of 2013. Much love goes out to my grandfather, Don Coston, and all of the friends that went on this year to better places. Thanks for all your support, and there's a lot to come in 2014. Let's hope it's a good one, without any fear.

Wherever you want to be this coming year, I hope to see you there.
-Daniel
December 31, 2013

He's always there.  Go to almost any type of music event anywhere within
driving distance of Charlotte and Daniel Coston will be shooting photos.
Musicians love his deep knowledge of Southern music traditions – and his
uncanny ability to zoom in on rising stars who are reshaping music today.

All of that makes Daniel Coston's new book, North Carolina Musicians, a
lively historical document of Carolina culture in our lifetimes.  From the
region's grassroots recording studios, to the stages of nightclubs and
bluegrass festivals, to quiet moments at musicians' homes, Daniel gives
glimpses of the creativity that has made this corner of the South famous.

A forward by Meg Freeman Whelan, longtime writer for the Charlotte
Symphony and now UNCC, brings us up to speed on North Carolina's deep
and varied musical history. Asheville's Mountain Dance and Folk Festival
turned young Pete Seeger on to the banjo and set the template for outdoor
events worldwide.  Charlotte's WBT radio became a magnet for top
performers who forged the sound that became bluegrass, including Bill
Monroe and homegrown guitar star Arthur Smith.  Durham Dollar Store
proprietor J.B. Long arranged recording sessions that made Sonny Terry and
Blind Boy Fuller into lasting legends of the blues.

Then Daniel Coston takes the book's reins and we're off!  Visit backstage with National Heritage Award winner
Doc Watson.  Hang out at the Winston Salem studio of indy-rock pioneer Mitch Easter – a house where every
room is wired for sound.  Spend time with the WBT Briarhoppers stringband, who Daniel credits for kindling his
love of music during a visit to his 5th grade class. Get to know the circle of players in the Chapel Hill area – alt-
country singers Tift Merritt and Caitlin Cary, newgrass band Chatham County Line and more – who have brought
Southern music traditions to a new generation of audiences nationwide.

In fact, that bridging / reinventing of roots-based music for today’s ears is perhaps the most important underlying
theme of Daniel Coston’s book.  He gives an up-close look at the Avett Brothers from Concord, who have become
unlikely arena-rock superstars in the past decade, playing banjos and acoustic guitars with a punk-rock intensity.
And he devotes a place of honor to Rhiannon Giddens of Greensboro and her Carolina Chocolate Drops band, who
have re-connected young African Americans with an almost lost heritage of stringband virtuosity, playing to
capacity audiences of every race at major venues across the U.S. and Europe.

Hard to believe, if you grew up with rock or disco or hip-hop, but it’s now cool on America’s college campuses to
pick a banjo or strum a ukulele or sing harmony.

That national trend has deep roots in North Carolina.  And you can read about it and see the photos in North
Carolina Musicians – because Daniel Coston was there.
Tom Hanchett, Levine Museum of the New South

My top ten of the year, from Courtney Devores' site

Daniel Coston, photographer/author
Of McCartney’s "New" he says, "If this record had been made by an unknown 25-year-old for New York City, this album would have made everyone’s top ten list."
Jason Isbell "Southeastern"
Reeve Coobs "What Love Is All About"
NC Love Army "We Are Not For Sale"
Temperance League "Rock n’ Roll Dreams"
Beach Fossils "Clash the Truth"
Deer Tick "Negativity"
Chris Stamey "Lovesick Blues"
Paul McCartney "New"
Josh Ritter "The Beast in Its Tracks"
David Bowie "The Next Day"

Posted by Daniel Coston at 7:41 PM No comments:

On a recent Thursday night in Columbia, SC, college kids and yuppies packed a downtown bar crawl, filling several downtown blocks. Just a few miles away, 40 to 50 people saw Sergio Dias and Os Mutantes play the New Brookland Tavern. What did the barcrawlers get out of their evening? A few drinks (or more), a few laughs, but probably not much more. Meanwhile, those who went to see Os Mutantes got so much more.

While the current version of Os Mutantes is filtered through Dias' vision, it is still a vision that packs a wallop. Dias has continued to hone his skills as a fine bandleader, and a fantastic guitarist. He has also gathered together a strong collection of musicians to bring the band's sound together, puling from each era of the band's history. Above all else, there is a sense of fun in the music that Dias and others have thoughtfully embraced. That sense of joy in discovering something that still makes those early Os Mutantes records such a joy to listen to.

For those in the audience, there was also a sense of joy. To finally see such a heralded band during their first ever tour of the Southeast. To hear some of the band's best-known songs played right in front of them, and to know that, for at least a couple of hours, you are exactly where you want to be, and seeing and hearing what you want to do. No city bar crawl can ever fill that void.
-Daniel Coston
December 21, 2013

(You can see my photos of this show on this blog in my November postings, as well as on the band's Facebook page.)
Posted by Daniel Coston at 9:47 PM No comments:

Here's Steve Crump story on the Double Door Inn, and my book. FYI, the new version is called Charlotte's Home Of The Blues. Enjoy. I'm in this for a nano-second.
-Daniel
December 19, 2013

Posted by Daniel Coston at 8:01 PM No comments:

More on my reissue of the Double Door Inn book

I'm proud to announce that I have reissued my 2009 book on the Double Door Inn, which I co-authored with Debby Wallace. Now titled "Charlotte's Home Of The Blues: 40 Years Of The Double Door Inn," this version brings the story of the famous Charlotte blues music venue up to date. This new edition features a new chapter, new photos, and the first ever publication of photos from the night that Eric Clapton played on the Double Door stage. We've also re-issued the book through Fort Canoga Press, which also released my book on the NC Rock & Roll scene of the 1960s.

The book is currently available via the link below, and via fortcanogapress.blogspot.com. The book will also be available at the Double Door Inn's 40th anniversary party on December 22nd.

The Amazon link will be available next week. I hope to have copies at the Double Door Inn's 40th anniversary, and will have copies in stores soon after. More on this book soon. Thanks very much,
-Daniel
December 12, 2013

Posted by Daniel Coston at 9:41 PM No comments: 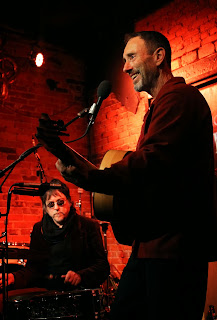 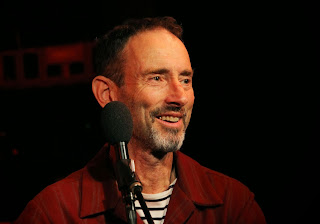 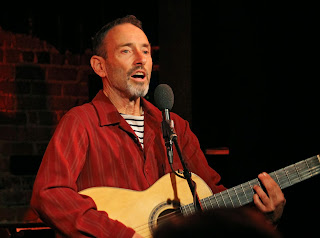 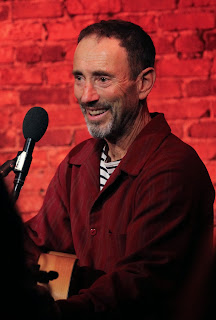 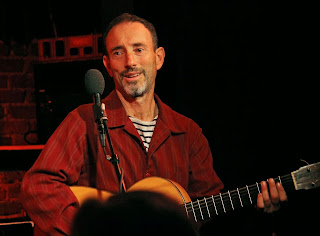 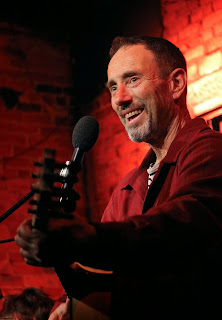 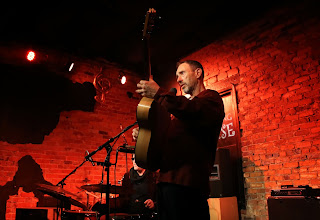 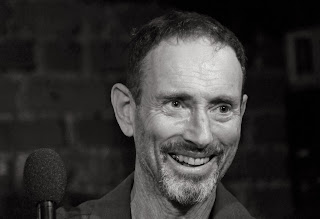 Posted by Daniel Coston at 2:48 PM No comments:

A few years ago, I appeared in a documentary on Charlotte's own Double Door Inn, of which I co-authored a book on 2009. My thanks to Larry Sprinkle for reminding me about this video. This was also serve as a primer for our upcoming re-issue of the book, which will happen sometime later this month. Enjoy. More soon,
-Daniel
December 3, 2013

http://www.youtube.com/watch?v=Ukl9jPvMmtk
Posted by Daniel Coston at 1:08 PM No comments: