As a longtime event photographer in Charlotte, I met and photographed Cheslie Kryst several times. She supported several local charities, even after she was crowned Miss USA. She meant a lot to many people. In the Carolinas, and many other places. I always looked forward to seeing her at the next event.

It is an over-used phrase in our world, but it still rings true. If you are having trouble, please reach out to someone. If you know someone that is having trouble, reach out to them. For as dark as it sometimes seems, we would always rather have you here, then not here. The next life you save, and the next heart that is not broken, may be someone you love, or your own.
-Daniel
January 30, 2022
Posted by Daniel Coston at 6:00 PM No comments:

The Thought For Today

Warning: The following post contains moments of clarity, references (for some of you) to obscure comedians, and me being a collector geek.

Some days, you don't get everything you want. You miss out on that 1931 full-page ad featuring the Marx Brothers by 50 cents. But you then realize that you've already own a poster that your wife bought you a few months ago, and had gotten lost in the mountain of life that is your office. So you put that on your wall instead. You also made a screenshot of the Marx Brothers ad, anyway, so that can now reside on your desktop. For free.
Other days, you've been eyeing those autographs of Clark & McCullough for weeks. Is it worth the money? And then you realize that life is too short, and all can be chaos in he blink of an eye. So yeah, you buy it, and you watch the film of the duo rehearsing a show with George Gershwin in 1929. Heck yeah.
The lesson through all this? Rejoice for what you can do in this crazy world. Enjoy the good moments, and keep going through the unexpected. Dance to what you like, buy those things that matter to you, display that poster that represents more than just an image, and screenshot the rest.
On to the next adventure. See you there, and see you on the road.
-Daniel
January 27, 2022
Posted by Daniel Coston at 8:08 PM No comments: 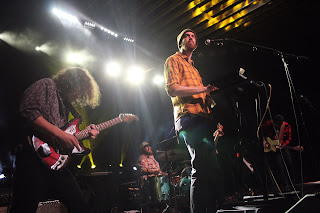 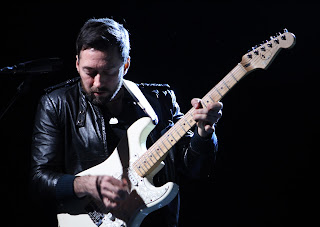 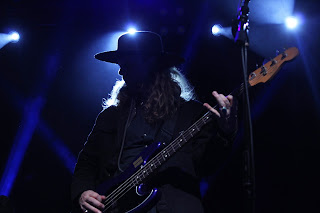 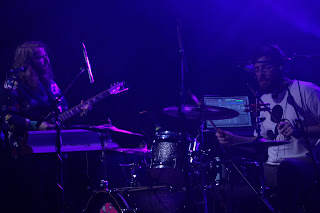 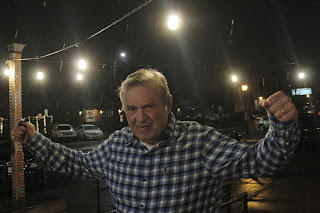 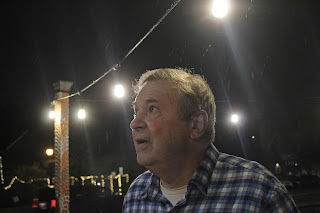 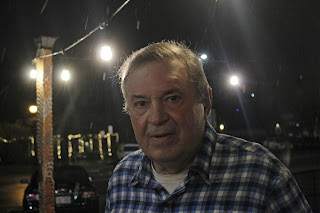 Posted by Daniel Coston at 7:36 PM No comments:

When I was four years old, I looked at Ethan Russell's photos of the Beatles, and I thought, "How do you get that job?"

Me On TV, Talking About My Next Show

My first TV promotion for my upcoming exhibit of Avett Brothers photos. Spread the word. Hope to see you on February 7th, and sometime during the six month run of this show. 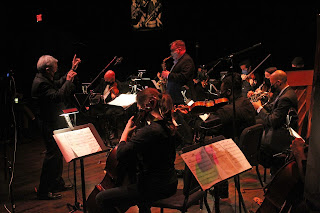 Posted by Daniel Coston at 8:29 PM No comments: 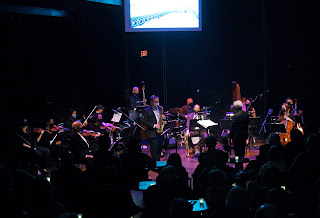 Posted by Daniel Coston at 8:24 PM No comments: 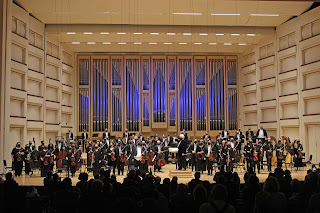 Posted by Daniel Coston at 8:18 PM No comments: 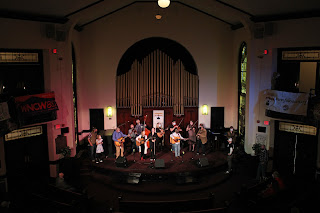 Posted by Daniel Coston at 8:12 PM No comments:

Eighteen years ago this month, I photographed the sessions for the Avett Brothers' Mignonette album. I watched the album come to life, song by song. Sitting with the band as they recorded the backing track to "Salvation Song" in one take, I knew that I witnessing something special. Thinking about how many people that album has reached is still a wonder to me.

Tonight, a musical based on that album, and the music of the Avett Brothers debuts in California. Based on an album that I once photographed in Jim Avett's garage. In days that feel more surreal than ever, I have to remind myself that these fleeting moments are real. Did I know that it would all come to this? No, but I don't believe that I should have. I was just doing the best that I could, photographing my friends create music that they, and I believed in.
The rest, time gradually reveals the results. And that time has arrived.
Congrats, guys. Congrats to Doug Williams, Dolph Ramseur, Dane Honeycutt, and those of you that are part of the story. Until the next photograph, and the next adventure.
-Daniel
January 9, 2021
Posted by Daniel Coston at 5:43 PM No comments:

In 2004, Sidney Poitier came to UNC-Greensboro to speak at their Bryan Series. In those days, once the program started, ushers would leave the lobby, and would not ask for tickets. So I quietly walked in to the show, hid in the corners, listened to the talk, and took lots of photos. It was everything that you could imagine it would be.

After the show, I decided to wander down the street to a local record store, and discovered that a young TV On The Radio was playing a free show. Whatever film I had left in my camera, I used to photograph them.
Nights like that are too fleeting in this world. All we can do is live, and enjoy them when the opportunities present themselves.
Safe travels, Sidney. From the fan taking photos in the corner.
-Daniel
January 7, 2021
Posted by Daniel Coston at 9:15 AM No comments:

Announcing The Strangers On A Train Reissue, out February 25, On Omnivore Recordings

Hello everyone. This is Daniel Coston. Longtime Left Banke fan, photographer, writer, and co-producer of the new reissue of Strangers On A Train. If it seems like this morning's announcement was a surprise, well, it was. Much like the last two years, things did not according to plan. But here we are, nonetheless.

Over the last eighteen months, I have been working with Omnivore Recordings on securing a release for these Left Banke songs that I care about so much. Originally, we had a much larger plan to cover the band's recordings after 1968. These recordings, including what we have found during that search, will be released in due time. For this release, we eventually decided to focus on the band's third album, Strangers On A Train, and the recordings that Michael Brown and Steve Martin Caro made in 2001 and 2002.
Many of us, including the Left Banke themselves, believe that Strangers never received a proper release on either side of the Atlantic. Buried within that album is a lot of good songs, and a lot of hard work that was never rewarded. Now, Omnivore has put together new mastering for this album, and fixed the muddiness that other versions of Strangers have had. This album has never sounded this good before, and to my ears, finally sounds like a cohesive album. We also chose to go with the UK running order for the album, which flows a lot better, and lets you hear this collection in a new way.
Although the recordings that Michael Brown did with Steve Martin Caro came twenty-three years after Strangers, they act as a remarkable bookend, while telling a story all their own. As some of you know, some of these songs were released as a rare promo EP in 2002, credited to the Left Banke. Brown finished six more songs later that year, and that collection was even harder to find than the first. For this release, we have put together the best of what Brown released during that time, and given them new mastering. The fact that many people will finally get to hear "Airborne" on a legitimate release, and sounding so good, gives me great joy.
To answer your next question. Is there more? Yes, there is. Over the next several weeks, as we prepare for the release of this CD, I will be putting together a few articles exclusively here, and on the Official Left Banke Fan Page, detailing what we have found, what is out there, and what we are still looking for. This CD is not the end, but a beginning of more to come, a long overdue mission to give the music of the Left Banke the respect and prominence that they deserve.
To the friends, family members and associates of the Left Banke, I saw thank you. It's taken a while, but we are almost there. To my co-producers Scott and Cheryl, and everyone at Omnivore, I say thank you. To those of you that have followed the story of the Left Banke along with me, I say thank you, and stay tuned. And to four guys- Michael, Tom, Steve and George- I say thank you. For changing my life, and for the journey that your music put me on. I won't let you down.
Please spread the word, and check back here often for updates, and some surprises. Now more than ever, the world around us needs more Left Banke. And that time has finally come.
Love to all, and more soon.
Everything returns again,
-Daniel
January 5, 2021
https://www.goldminemag.com/news/left-bankes-strangers-on-a-train-to-be-reissued-in-february
Posted by Daniel Coston at 5:14 PM No comments: