I've finished the layout, and am awaiting copies of the proofs. Final corrections will then be made, and then the book will be ready, and available to purchase. Stay tuned.
-Daniel
April 27, 2013
Posted by Daniel Coston at 6:45 AM No comments: 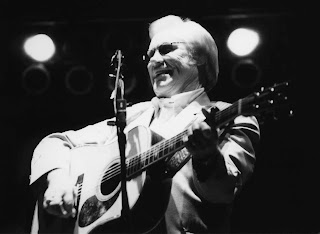 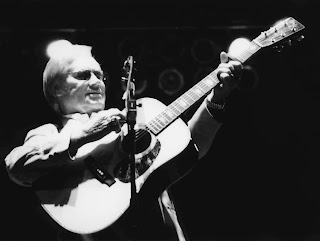 Posted by Daniel Coston at 6:40 AM No comments:

It's hard to imagine that Richie Havens is now gone from this physical place. The man was so full of life. Of exuberance for the wonders of our day-to-day existence, and the things we find along the way. Of the interaction between all that he met. He talked to everyone like they were a long-lost friend, and to Richie, they were. Every one of us was a new, or renewed discovery about the connection through music, and life. Richie signed all of his posters, "Your friend forever," and he meant that. To Richie, it was all real, just like the man himself.

I first met Richie in 2001, when he played the Neighborhood Theatre, in Charlotte, NC. I knew much of his music through what I'd heard on the radio, and occasionally TV. He was a remarkable man to witness in a live setting. He put every ounce of his being into every song, letting it go with every strum of his guitar. As someone who loves playing with tunings and string settings on guitars, I was fascinated by his tunings, which allowed him to play entire chords with his thumb. This also allowed  him to make his guitar sound like a giant rhythm machine, as though ten guitars were playing the same chord simultaneously.

He seemed a little larger than life to me, so I must admit that I did not talk to him the first few times I saw him. Richie's management also had this strange rule about not taking photos during his performance. I'm sure that they had their reasons, but it seemed to be defeating their own client. So much of Richie's life was in his performance, in the music, and the emotions in the song. It was as if he was sometimes born to be on the stage. How can you not allow that to be photographed? This is my argument about such rules. Sooner or later, there are no more photos that can be taken, and you're left with the emptiness of the documentation, and what has now come and gone.

However, Richie had no such rules after the show, where he talked and posed for photos with everyone. I finally approached him after a show in 2009 after working up the nerve. He saw my film camera, and talked about a friend of his that had shot one of his album covers, and the intricacies of meshing together the cover shot. At the end, I went to shake his hand, and Richie hugged me. He did the same when I saw him again a year later. That was Richie, a strong hug over a kind handshake, and another friend forever.

I had hoped that I would again see Richie Havens on this earthly place, but it was not to be. Travelers never know where the road takes you, or when it will take you. But that is why we are on the road. To discover what we have not discovered, and to throw our emotions into another song not yet played. Here, or whatever is down the road for all of us.

Godspeed, Richie. Save me a hug for the other side.
-Daniel Coston
April 24, 2013
photo copyright 2009 Daniel Coston 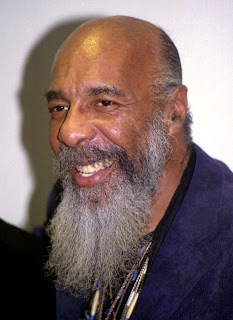 Posted by Daniel Coston at 11:17 AM No comments:

I'm proud to announce that we'll be holding a release party on June 28th for "There Was A Time: Rock & Roll in the 1960s in Charlotte, and North Carolina", which I co-authored and edited. The location is Neighborhood Theatre, in Charlotte, on June 28th. Doors will be at 7pm, and show will start at 8pm. The bands will be Good Bad & The Ugly (first show since 1994), Young Ages, Abbadons (first show since 1967), Bobby Donaldson & The Ravens/Premiers reunion revue, and the Mannish Boys (featuring book co-author Jacob "Jake" Berger). The show will be MC'ed by yours truly, Daniel Coston. Tickets will be $15, and copies of the book will be available for purchase at the show. You can get more info about the show at www.neighborhoodtheatre.com.

The new issue of Ugly Things Magazine, which will be out in May, will feature one of our chapters from the book. More news coming soon. See you all again soon,
-Daniel
April 22, 2013
Posted by Daniel Coston at 7:06 AM No comments:

My appearance on the What It Is TV show

Hello to everyone that has stopped in to check out my Avett Brothers pics. Come back often, and check out the Avett pics that I took in 2011.
-Daniel
April 18, 2013
Posted by Daniel Coston at 8:38 AM No comments: 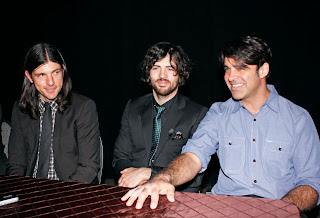 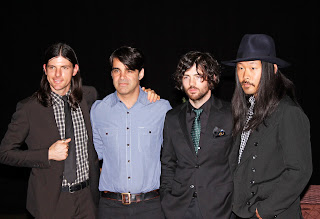 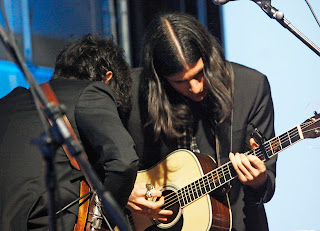 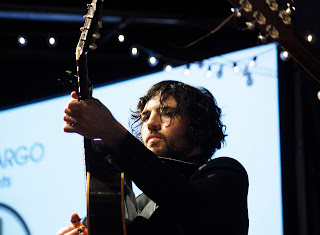 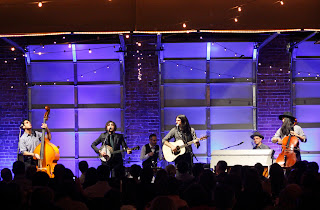 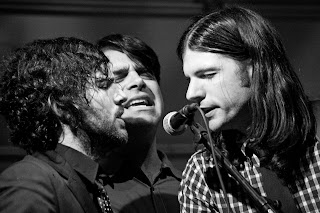 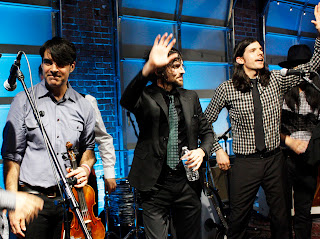 Posted by Daniel Coston at 7:32 AM No comments:

Any time that the rules officials are getting more attention than the players, it's a bad sign.

The PGA could use more Mulligans (what we used to call a "do-over"), but then again, we all could from time to time.
-Daniel
April 13, 2013
Posted by Daniel Coston at 1:27 PM No comments: 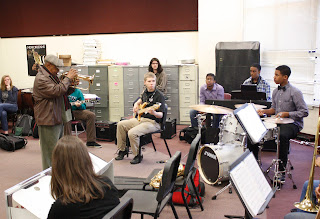 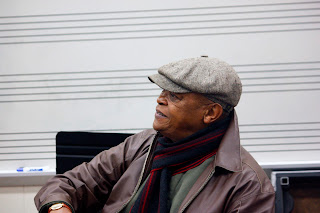 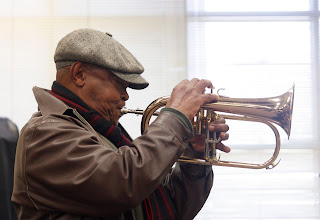 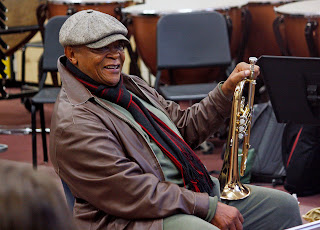 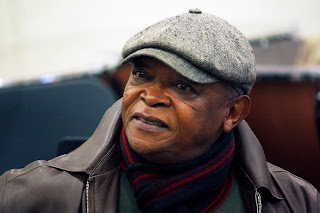 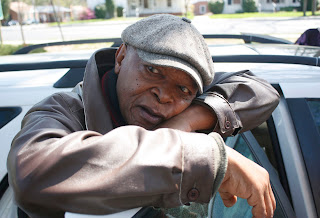 Posted by Daniel Coston at 7:47 AM No comments:

Some of you may remember that I interviewed the Popes last year, who reunited for one show at Local 506, in Chapel Hill. That show is now on CD, and recommend checking it out. See your coordinates to-

Email ThisBlogThis!Share to TwitterShare to FacebookShare to Pinterest
Labels: Popes

Wow, it's April, isn't it? A happy belated Easter to all. The past few months have been a busy time here, and there's lots to tell you about.

My photo and interview book, North Carolina Musicians: Photographs and Conversations, will be out through McFarland Publications (www.mcfarlandpub.com) around June. For all of you that wanted me to put together my photos of NC musicians from the last 16 years, this is it. It's got 140 photos, 19 interviews with the likes of Scott Avett, Dom Flemons, Si Kahn, Tift Merritt, John and Chandler of Chatham County Line, and many more, as well as stories and reflections from yours truly. The book will also be available as an EBook, and will be available in stores throughout the Southeast. More on this book soon, as well as a book tour.

Through no manner of planning, I also have another book coming out in the coming weeks. There Was A Time: Rock & Roll in the 1960s in Charlotte, and North Carolina, is the story of the Garage Rock and Psychedelica scene in the Charlotte area, and throughout the state. This book is a co-write with Jacob "Jake" Berger, and features nearly forty interviews. No photos from yours truly, but you do get the true story of legendary bands such as the Paragons, Grifs, New Mix, Stowaways, and many more. We will be announcing the publisher for this book shortly. This book is currently in layout, and should be available shortly. You can follow the book, and where to get copies at therewasatimebook.blogspot.com.

One of the chapters for There Was A Time will be excerpted in the next issue of the legendary Ugly Things Magazine. (www.ugly-things.com) Speaking of magazine publications, the next issue of the Big Takeover Magazine (www.bigtakeover.com) will feature my interviews with Gary Brooker of Procol Harum, and Vince Melouney, original guitarist for the Bee Gees. My thanks also goes out to everyone that saw my Avett Brothers photos in the January issue of Our State Magazine.

My photos of Doug Dillard and Duck Dunn were featured in the Grammy broadcast in February, which was an amazing and surreal thing to witness. My thanks to the Grammy folks for reaching out to me, and to Doug and Duck, and their families. God bless you both.

Lots of recent photoshoots! I spent a couple of days in Asheville working with the fantastic Underhill Rose (www.underhillrose.com), shooting studio and posed pics for their upcoming album. I photographed Si Kahn and son Gabe Kahn last week, as they put together a collaborative album. Other recent work includes shoots with Sweet Potato Pie (www.sweet-potato-pie.com), Caleb Caudle and Haley Dreis, John Cobett (yes, the actor) and Chris Stamey. By the way, Chris Stamey's new album, Lovesick Blues (photographed by yours truly) is now out, and getting some of the best reviews of Chris' career. That's saying something! You may have also seen some of my photos on the Monkees' official Facebook tour page. That was pretty cool!

How do you know when you're a photography veteran? When the albums you photographed early in your career get reissued. I've recently been working on photos for the reissue of the Drive By Truckers album, Alabama Ass Whuppin', which I originally photographed in 2000. For many people, this will be their first exposure to this great record, and I look forward to people discovering this CD. Also, the $2 Pistols and Tift Merritt EP, which I did the recording studio pics for in 1999, is now out of vinyl. Look for more of my Yep Roc-photographed records to come out on vinyl soon. It all looks better with vinyl packaging!

On that same front, Son Volt is back, and recently bought two of my photos from way back when for a tour-only CD, which features recording of the band from 1999. It's amazing to see photos I took all those years ago presented that way, especially with a band that I've been a longtime fan of. Check out the CD at the band's upcoming shows.

I recently been interviewed by Joe Kendrick and his new What It Is video show (www.iamavl.com, or whatitisradio.org). That show will hopefully appear on Youtube soon. Jeremy Davis of Elonzo also interviewed me for his Skelepod blog (http://skelepod.podbean.com/2013/02/18/episode-3-daniel-coston/), which I recommend checking out.

My thanks to everyone that came out in late February for my last-minute show at CHP Studios. That was a lot of fun. If you want to see me again in person, I'll be doing an interview and conversation with Chuck Johnson on May 4th, as part of Elizabeth Teagarden's house concert series. Several of my photos from the upcoming NC Musicians book will also be on display, and you can pre-order copies of my upcoming books. Go to Chuck Johnson's page for more info, or email me. I will also be speaking at USC on April 11th, talking about the importance of photography in presenting music. This presentation is not open to the public, but I'll provide details later.

More big news coming soon, including announcements on a new gallery signing, and photos for an upcoming Charlotte calendar. My thanks to all that follow the madness that is my life, and I hope to see you all somewhere soon. Safe travels,
-Daniel
April 2, 2013
Posted by Daniel Coston at 8:59 PM No comments:

Email ThisBlogThis!Share to TwitterShare to FacebookShare to Pinterest
Labels: Update 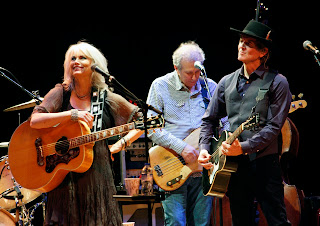 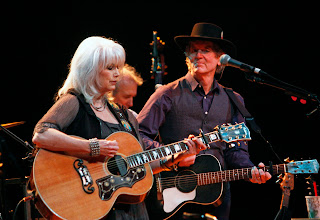 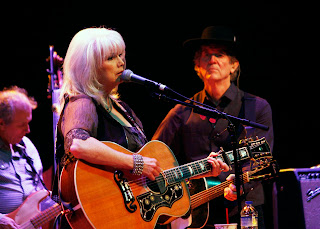 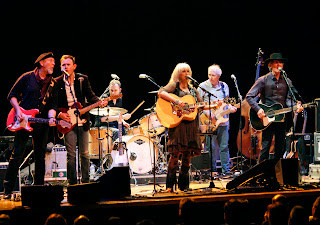 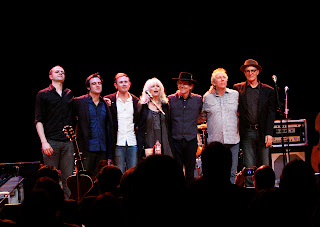 For another review of the concert, go to therapiggies.blogspot.com

Posted by Daniel Coston at 1:13 PM No comments:

I was going to post an April Fool's joke about giving up photography, but you all would've said, "Yeah right, Coston". So, never mind. Happy April Fool's Day!
-Daniel
April 1, 2013
Posted by Daniel Coston at 7:44 AM No comments: